and believed being Kidnapped by AlQaeda would earn their trust


Journalist Steven Sotloff who was kidnapped and beheaded by ISIS believed the Syrian rebels possessed and possibly used chemical weapons on Aleppo and wanted to report it leaked conversations show. American foreign fighter Matthew Vandyke who fought along side the Libyan insurgency and also went to Syria on a pro Syrian Rebel mission, revealed to Sotloff that he had information that Syrian rebels posed chemical weapons before they were used in Aleppo.

The conversations where leaked by the Syrian Electronic Army (SEA) who hacked Vandyke's email and Facebook account. A Zip file of several hundreds of conversations can be downloaded here.  Vandyke has confirmed that his Facebook account and email were hacked by the SEA as well as stating that his comments about rebel chemical weapons were true, and other individuals have also authenticated that the leaked conversations are real and accurate.

Authenticity of private conversations were made public of Vandyke and Jack Murphy's wall.

Downloaded Facebook history is compressed into this format you will end up with, compressed without images. 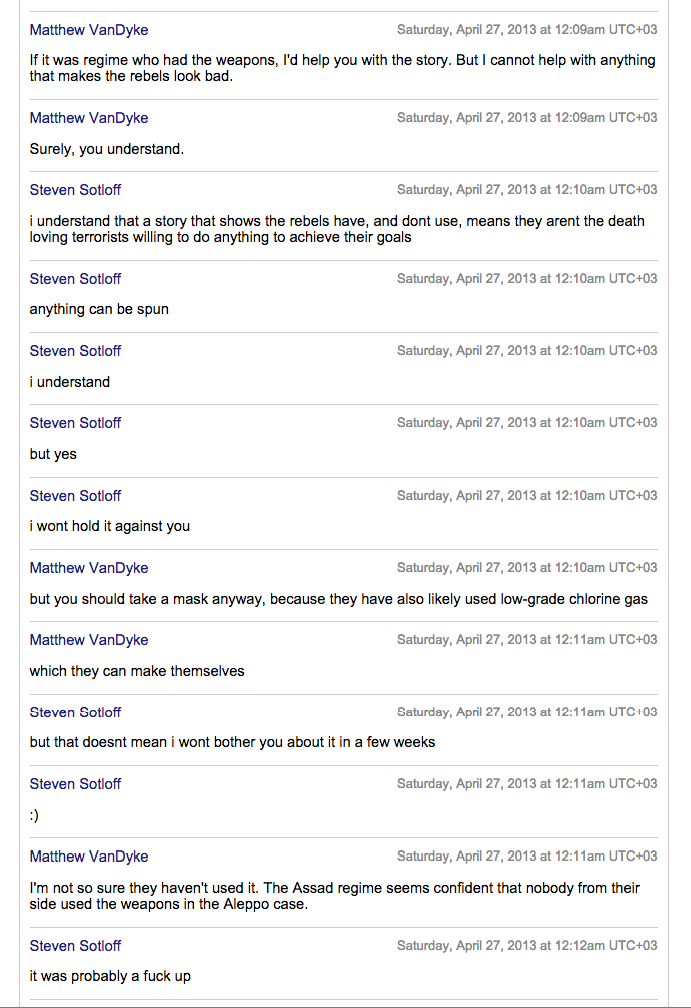