US-provided TOW Missiles Already In the Hands of AlQaeda 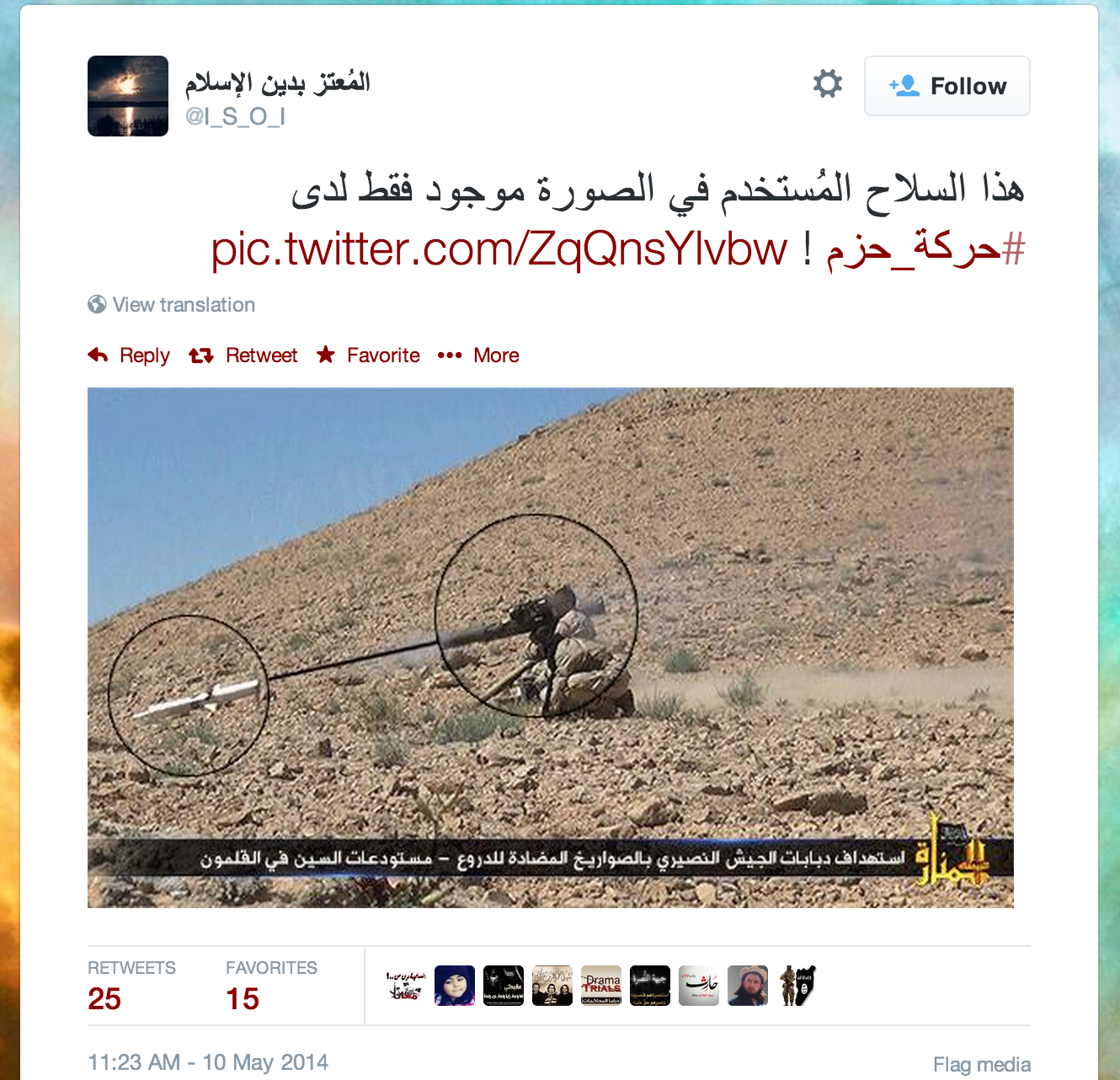 The US government provided TOW missiles to people they claim are 'moderate islamist' insurgents in Syria and assured their people those missiles would not end up in the 'wrong hands'. However a month after the TOW missiles were provided, Jabhat Al Nusra the AlQaeda linked terrorist group has already claimed to have the missiles in their possession.

A Jabhat Al Nusra twitter account twitted out an image of what appears to be a TOW Missile.
How will the US government explain this to their people?

Posted by Syriangirl at 9:34 PM