James Foley Beheading Censored - Are Americans lives worth more than Syrian ones?

The moment the James Foley beheading video was released, Twitter had begun to ban accounts for posting it. This would be the first time Twitter Ban the dissemination of a beheading video, after years of allowing videos of Syrians and Iraqis being beheaded.  It also seems to be the only beheading video Twitter is currently banning, since users continue to post other beheading videos with no problem. It appears that so long as non-American's are being beheaded Twitter doesn't really care.

Even more shockingly LiveLeak, known for it's long standing anti-censorship policy, said they would no longer allow "future islamic state beheading" videos on their site. Odd that they would specify beheadings from the Islamic state alone. The new policy came as a shock to all it's users, this was a site people referred back to, when Youtube would refuse to show the world the true horrors of war and the Syrian insurgency the west was supporting. After years of openly displaying the beheading of Syrians why the censorship now? Does LiveLeak believe Americans are human whilst Syrians are sheep for the slaughter?

After Facebook openly defended their policy of allowing beheading footage on their site. They turned a full 180 degrees and helped censor the James Foley video. Philip Smyth, researcher of Jihadist media, said he was impressed at the speed at which the video was censored, having seen nothing like it before.

Philip Smyth, researcher of activity of jihadists on social media, who has been monitoring the developments of the James Foley beheading video released by the Islamic State of Iraq and Syria (ISIS), and has found that tech corporations such as Twitter, Facebook and YouTube were integral in stopping the viral spread of this content on the internet.  This “rise in speed” with which the video was removed from the web impressed Smyth who remarked: “It’s happening. I can tell you first hand because I look at this stuff every day.”


Obama said that James Foley's beheading shocked the world. Indeed, mainstream media journalists contributed to the censorship of the video, by using the a hashtag #ISIS media blackout . In an open letter Phil Bigley of the guardian asked other journalists not to even show screen grabs from the James Foley video out of respect for the man and his family. Meanwhile the beheading of Syrians didn't seem to shock these journalists, nor do they feel that Syrians deserve the same respect. Far from censorship, Time Magasine gave their photographer Emin Ozmen an award for filming the beheading of a young Syrian soldier. Why has Time not featured Foley's beheading in a similar fashion? Perhaps the idea to desensitise the wests population to the slaughter of Syrian, the more of dead Syrians shown the less valued their lives become. 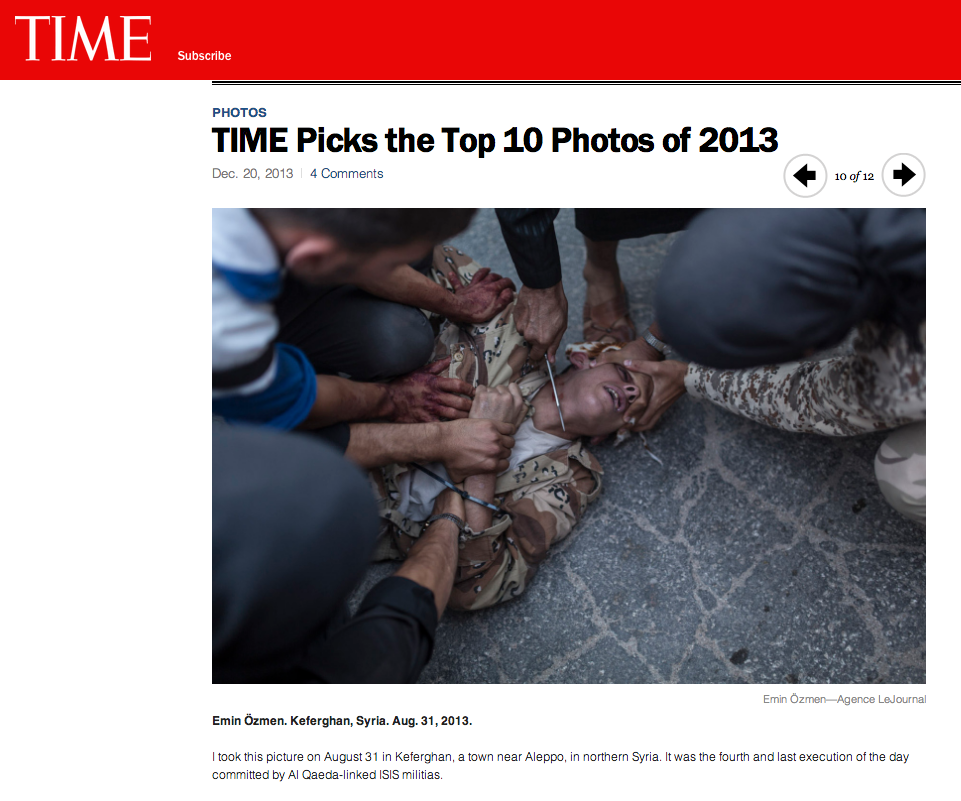 Even UK police have joined the crusade, by claiming that merely watching the video would constitute an act of terrorism. Lawyers have pointed out there is no legislation to support this statements. Again no such claims have made about any video before.

One may argue the reason for the journalists disproportionate shock is based in a sense of camaraderie for fellow journalist. If that is the case then why was there no outcry when Syrian news anchors were kidnapped, tortured and killed, by Obama backed rebels. 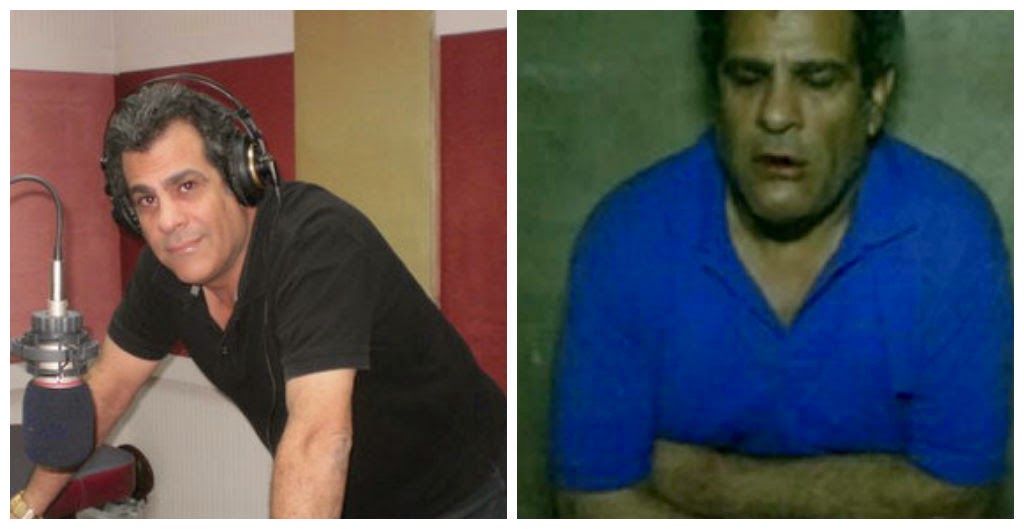 The irony is the violence seen in the Foley beheading video, is nothing compared to the violence shown against the Syrian people, since the Foley video doesn't contain an actual beheading. It seems even the brutal ISIS who supposedly killed James Foley, are in on the censorship of his beheading, the group has never censored their crimes. Does ISIS also feel that american's lives are worth more than Syrian lives, and the american people should be spared the brutality? That is highly doubtful.

This fact along other discrepancies in the video has led experts to conclude that the video was staged. A fact whilst pointed out by my video analysis, was mocked by mainstream media so called Eliot Higgins a.k.a Brown Moses. 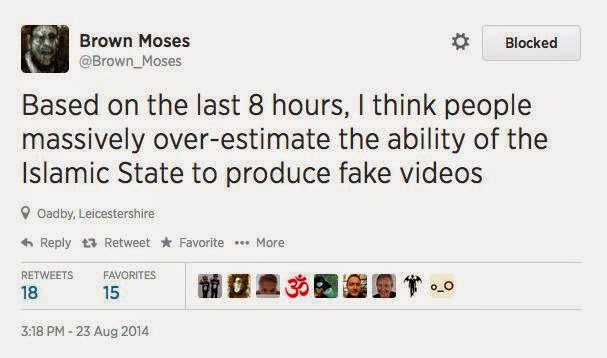 In light of this, perhaps there is more to the reason that the Foley Video is being censored than simply racism an hypocrisy. 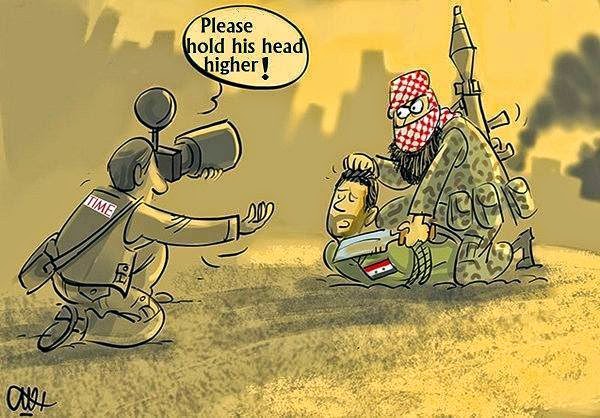 Posted by Syriangirl at 7:08 AM

Email ThisBlogThis!Share to TwitterShare to FacebookShare to Pinterest
Labels: Syria